The Rise and Importance of School Dinners 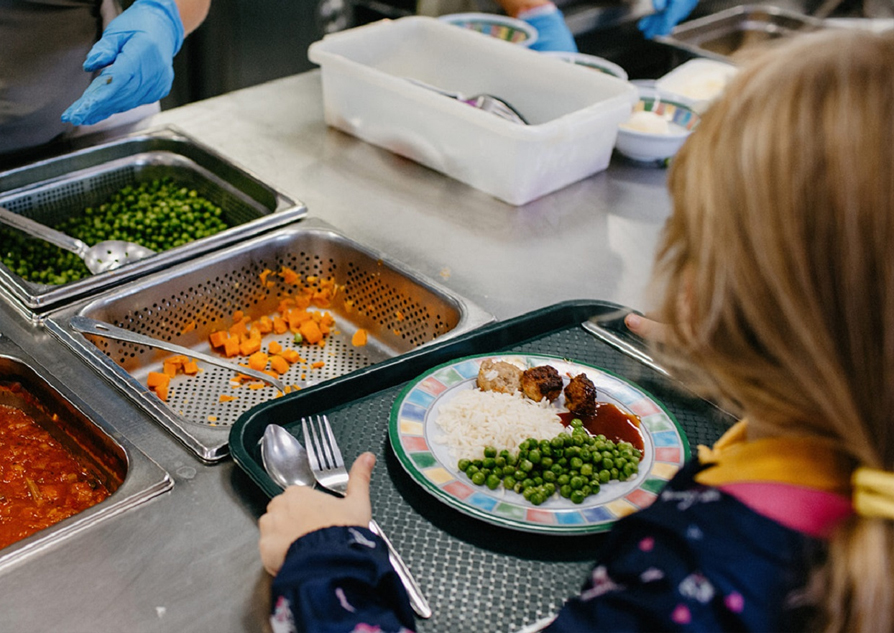 The turn of 20th century saw the introduction of the Provision of Meals Act (1906) into UK legislation. The ruling Government at the time were thoroughly alarmed by the level of malnutrition, which was deemed unacceptable and shocking, amongst working class families across the country.

The magnitude of the malnutrition problem in the early 1900’s was alarming, even more so considering the concerted efforts that had been made to reform healthcare, housing and education provisions across the UK in the late part of the 19th century.

These combined efforts appeared to have been in vain for the large part in improving the nation’s health and had little to no impact on the overall health of children in particular. It was suggested by some at the time that children were no healthier than they had been in the 1840’s!. It is upsetting to even contemplate the state that the nation’s children may have been in if the aforementioned hospitals, homes and schools had not been improved.

The Liberal Government that was elected into ruling power after the ballots were cast in the 1906 election were wholly committed to social reform and thanks – in part – to the platform that they provided to prominent political leaders who were also free school meals advocates, such as Fred Jowett of the Labour Party, they managed to gain enough support to bring in a landmark piece of legislation…

The aforementioned Fred Jowett was able to convince the House of Commons, through impassioned speeches in their presence, that hungry children had significant trouble learning and that this would adversely impact the future prosperity of the country if changes were not made to the food provisions that Schools (and council authorities) could make.

It makes for an interesting side note to point out that even in the early 1900’s we can see research and insights into the harmful impact of hunger on a child’s capacity to learn making waves in the political sphere, as we can today!. In fact, if you take the time out to read through today’s newspapers or tune into the evening news, you will soon come across the same forceful arguments, with politicians on both sides arguing their points alongside school teachers, parents, children and celebrities (Jamie Oliver).

Ultimately, with the introduction of The School Meals Act (1906) – as it became known by most – local councils were afforded the autonomy to provide free school meals to those in need as the Government relinquished some control over school budgets, in what was considered to be a watershed moment by political commentators at the time.

Furthermore, because the Government of the day acted so swiftly upon the alarming results of studies into social deprivation and research into malnutrition it meant that local councils would proceed to provide over 3 million school meals in 1906 alone. It was obvious by this point that a social need was being fulfilled and the sequence of decisions that had been made to reach this point had been correct and required no further justification.

However, despite the millions of meals that had been provided to school children during its first year, the new legislation had not been adopted by all local authorities, in fact it is estimated that only around 50% were offering free school meals as late as 1939.

Despite the initial problems in getting local authorities to control their own budgets by the mid 1900’s the provision of school meals had continued to grow and they have remained ever present to this very day – albeit not entirely free – in some form or another and they still often find themselves at the centre of party politics, as they did so many years ago, when it comes to modern election campaigns.

The provision of school meals has become something far more complex than when they were originally introduced, which is understandable given that over a century has passed, but that it doesn’t make it any less puzzling to try and understand what the best system of provision would be to benefit today’s schools, parents and most importantly children.

Ultimately, Government support, for the most part, that free school meals should be universal has been replaced with a process of application, involving eligibility criteria and restrictions, in order to determine which children are eligible.

Subsequently, some children arrive to school with dinner money in collection envelopes and some don’t. The fall-out is debated in the House of Commons by political leaders and free school meal campaigns, as it has been done many times over the years, with changes made by each elected government as the try to work out the ideal formula.

Additionally, we now see variations on the meals provided at schools, with Breakfast Clubs operating in the hour-long window before the first school bell , offering some parents the chance to get to work on-time knowing that their child will start the day with a nutritious breakfast.

It has to be said that in many cases this does not represent a free meal and relies on breakfast club money pockets being handed from child to teacher to make payment, which is something that would not have been compulsory in 1906 when donations for school meals were optional.

The research into the importance of breakfast for children is hard to ignore and as we are firm advocates of Breakfast Clubs across the nation and you will find us debating the notion that ‘‘breakfast is the most important meal of the day’’. The provision of Breakfast Clubs and daily routine of collecting money pockets from children was not a concern in 1906

All things considering and despite the political arguments on either side there can be no doubt that providing the young people of today with healthy and delicious food during school hours is an obligatory task and one that we must all do our best to support!